In 2020, after a careful renovation, we inaugurated the new headquarters of Cursos Internacionales, the former Colegio Mayor San Bartolomé (formerly Colegio de la Magdalena). It is a large building located a few steps from the University and the Cathedrals, whose origin dates back to the sixteenth century, and has been rebuilt and refurbished several times over the centuries. 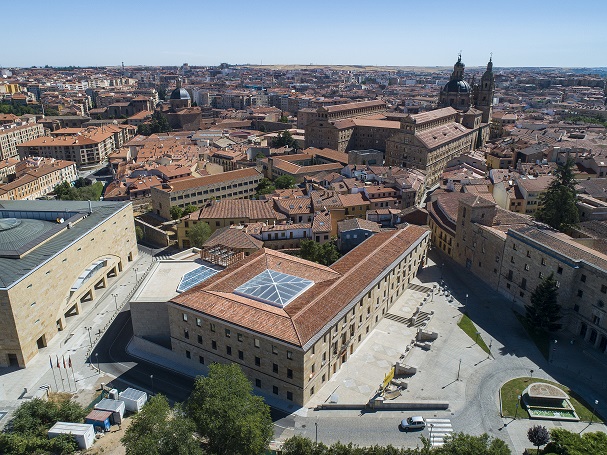 Along with several classrooms equipped with the latest technology, the building has an auditorium and areas for offices, secretariat, administration and services and leisure activities. 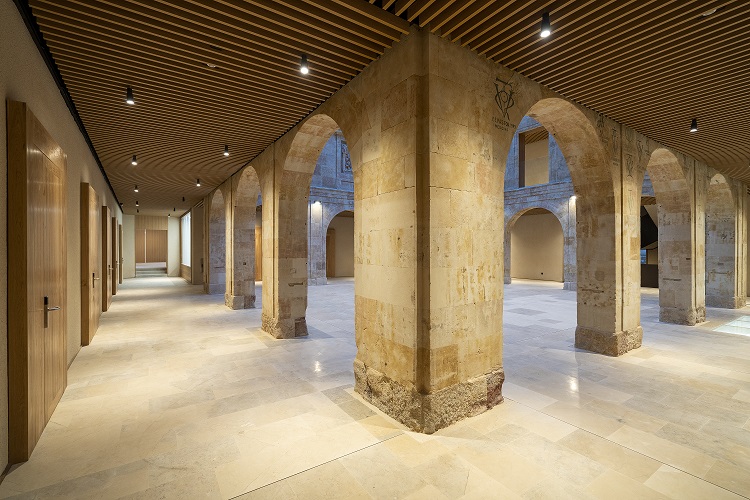 The new building integrates remains of previuos buildings, such as the church of San Bartolomé de los Apóstoles, from the 12th century, and the 17th century school for orphan girls, Virgen de la Concepción. 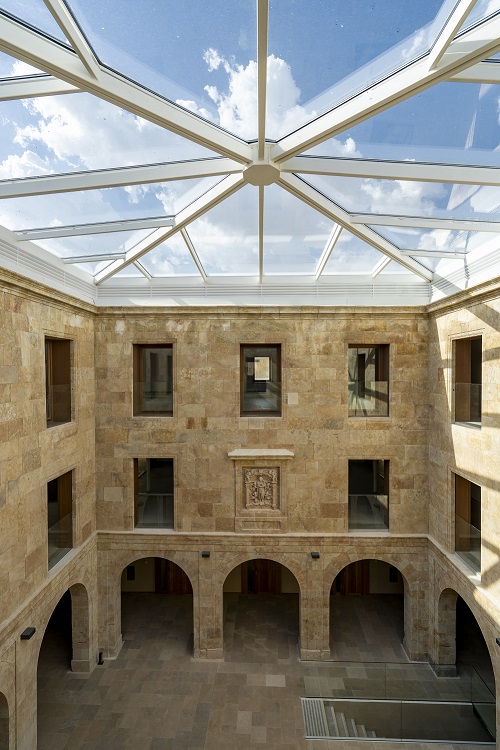 During the summer, the busiest period, we also held classes in other faculties and university buildings located on the campus Centro Histórico.

All buildings of Cursos Internacionales and the University of Salamanca are equipped with wifi network.

With the Cursos Internacionales student card you can access the services of the University of Salamanca: