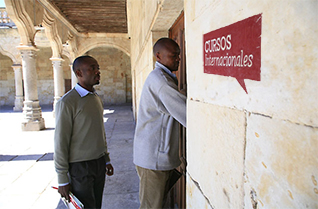 Cursos Internacionales of the University of Salamanca became a legal entity which exists in its own right in 1989. Its aims were to provide the Universidad de Salamanca with a practical tool to offer foreigners Spanish Language Courses, spread Spanish around the world, and assess language knowledge.