Spanish at the University of Salamanca throughout History

In 1218 the prestigious Universidad de Salamanca was founded by King Alfonso IX of León, becoming the first existing Hispanic university. 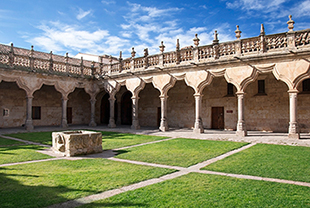 In 1492 Antonio de Nebrija published in Salamanca the first Grammar of the Castilian language, which included an appendix to teach Spanish to inhabitants of new lands.  Since then, the University has worked diligently to maintain this ancient effort to extend Spanish all over the world.

In the summer of 1929, the University established the Chair of Spanish Language for foreigners.  Publicist and writer Dr. Garcia Boiza was named Chair and was tasked to document the history of the Castilian language.

The matriculation for two months was 30 pesetas; housing in modest hotels cost between five and eight pesetas, and in the most luxurious, between ten and fifteenpesetas.

For those first courses, eleven students were present; six British, two French, one Japanese, one American and one German. 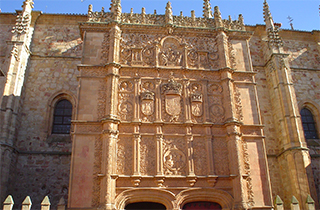 After these humble beginnings, Spanish courses continued through the civil war, but slowly faded in the early 1940s, only to be revitalized in the summer of 1963.  Since then, they have continued to prosper and have proceeded to the present-day uninterrupted with the name of Cursos de Lengua y Cultura españolas (Courses of Spanish Language and Spanish Culture).

Since 1988, in the Bylaws of the Universidad de Salamanca state as one of its main purposes “the promotion, exaltation and diffusion of the Spanish language”.

In 2018 the University of Salamanca commemorated its first 800 years of history. Our institution lives by and for the "Spanish language", it is entering the future as a leader in Spanish classes for foreigners, with thousands of online and in-person students, and being a reference in the certification of our language with our participation in the DELE, SIELE and USAL esPro and producing materials for the learning of our language, which are used all over the world.